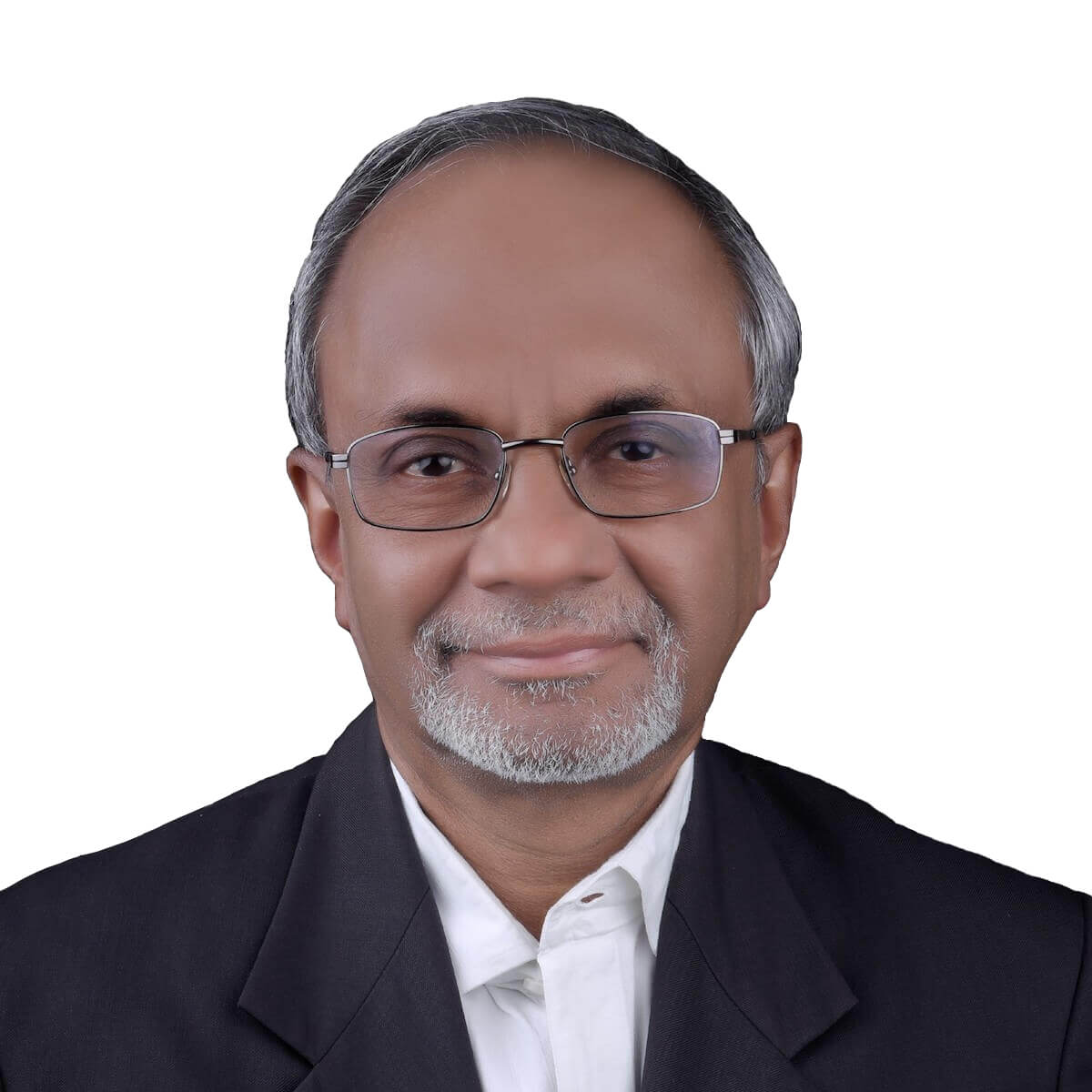 Dr. Balganesh has three decades of experience in antibacterial drug discovery. As the Head of Research at AstraZeneca, Bangalore, he led the unit to deliver AstraZeneca’s first anti-tuberculosis molecule for clinical development. Before taking up his current appointment at GangaGen, in his capacity as Distinguished Scientist, he mentored drug discovery programs in various Indian National Laboratories under the Government of India’s Council for Scientific and Industrial Research (CSIR).

Dr. Balganesh’s research experience is in the area of infectious diseases. He led the diarrheal diseases and broad-spectrum anti-bacterial project teams at AstraZeneca, Bangalore. He then went on to lead the anti-tuberculosis program. He has more than 30 publications and 10 patents to his name.

Dr. Balganesh is trained as a Medical Microbiologist at the University of Calcutta. He gained his post-doctoral experience at Brookhaven National Laboratory, New York, and the Max Planck Institute for Molecular Genetics, Berlin. Dr. Balganesh has been awarded an Honorary Doctorate from the University of Uppsala in recognition of his work in tuberculosis and malaria. He is on the review panel of drug discovery programs like the ‘Innovative Medicines Initiative’; a European Union program to seeking novel treatments for Gram-negative bacterial pathogens. He continues to guide research programs in several National Laboratories in India. He is also a mentor and reviewer of programs initiated by the Wellcome Trust and the Gates Foundation in India. 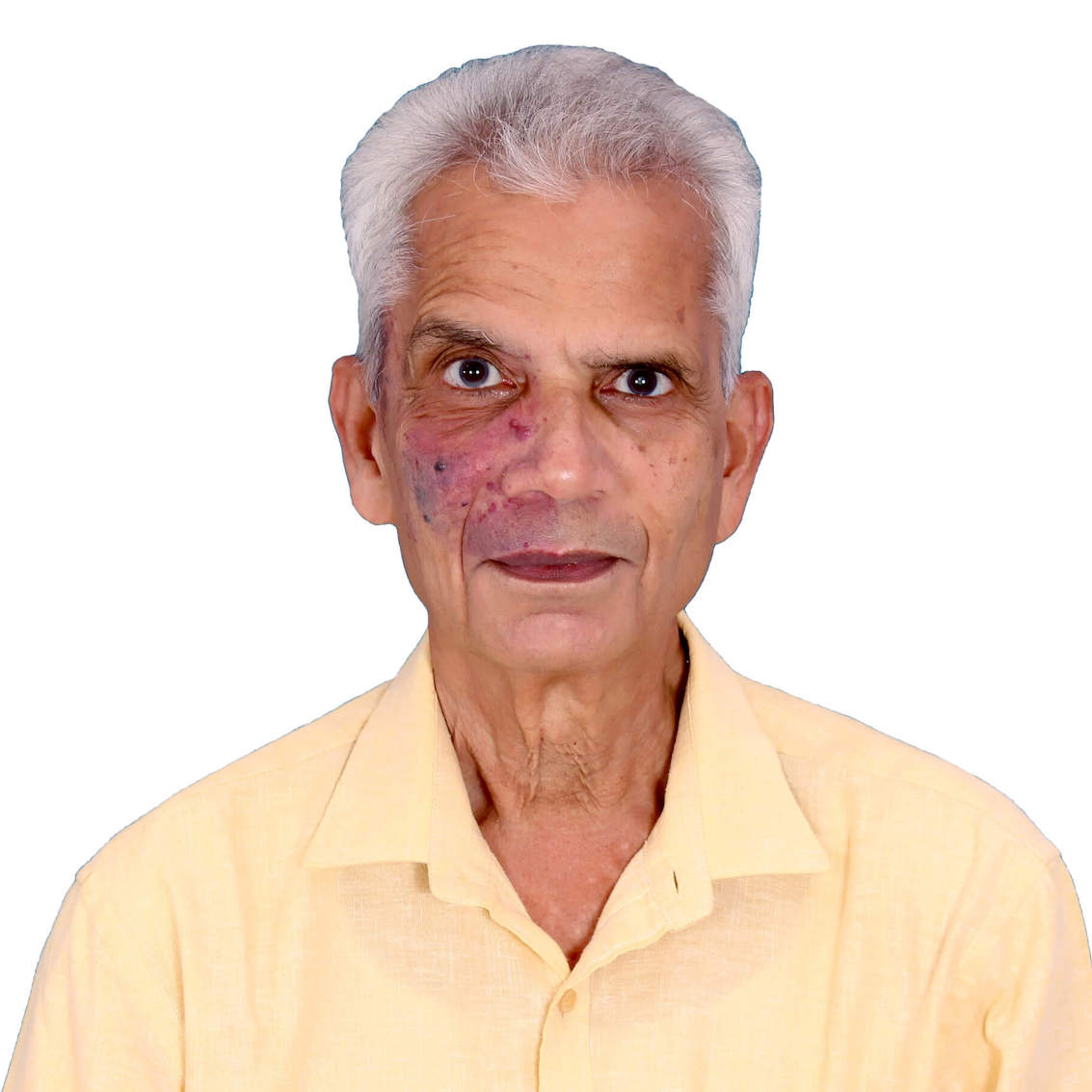 Member, Board of Directors GBPL

Member, Board of Directors GBPL

Dr. Manur taught Microbiology at the All India Institute of Hygiene and Public Health in Calcutta from 1975 to 1983. He then moved to the Central Research Institute in Kasauli, Himachal Pradesh to be Assistant Director. From 1983 to 1991 he was responsible for the National Salmonella and Escherichia Centre (NSEC) and the National Type Culture Collection Centre (NTCC). During this period he gained extensive experience in phage typing of bacteria. In 1991, Dr. Manur was appointed Deputy Director of the Central Leprosy Teaching and Research Institute in Chengalputtu, Tamil Nadu. He came to Bangalore in 1998 as Consultant Microbiologist for the National Institute of Tuberculosis, Bangalore, India.

Dr. Manur is an MD in Microbiology from the Postgraduate Institute of Medical Education & Research, Chandigarh, India. 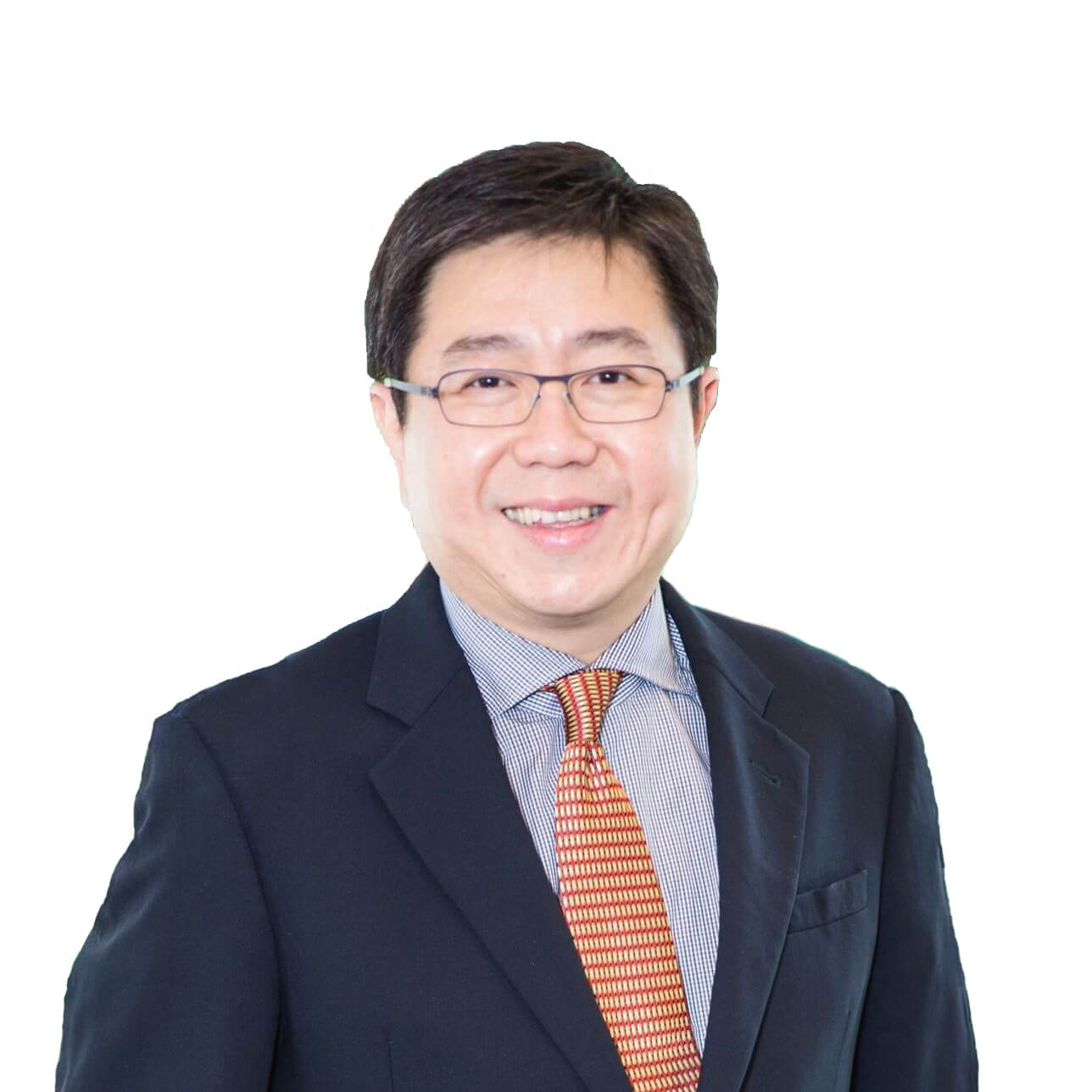 Mr. Chiaranussati founded Real Estate Capital Asia Partners (RECAP), a series of Opportunistic Pan-Asian real estate private equity funds, in late 2004. RECAP I, II and III have a successful 10-year cumulative track record and $1.7 billion in invested capital. In July 2014, RECAP IV, with a target of $750 million, was launched with a first close in September of the same year. A final close of $850mm was achieved December 5, 2014.

Mr. Chiaranussati leads RECAP’s team of 23 professionals, and has provided key leadership and direction since its inception. Mr. Chiaranussati serves as Chairman of the Investment Committee and participates in acquisition, value enhancement and realization activities.

Before forming RECAP, he spent six years with Westbrook Partners and Westbrook Real Estate Partners (WREP). He opened WREP’s Asia office in Singapore in March 1999 and served as a Managing Director responsible for WREP’s Asian investment activities till late 2004.

Before joining WREP, Mr. Chiaranussati spent seven years at J.P. Morgan, based in Singapore and covering Southeast Asia, where he served as a Vice President in the Proprietary Investment and Investment Banking Groups, focusing on real estate and financial institutions. Prior to that, he worked with Temasek Holdings, an investment holding company of the Government of Singapore and the Central Bank of Thailand.

Mr. Chiaranussati received an Honors Degree in Economics in 1986 from the London School of Economics and a Masters of Science in Management Science in 1987 from Imperial College in London. 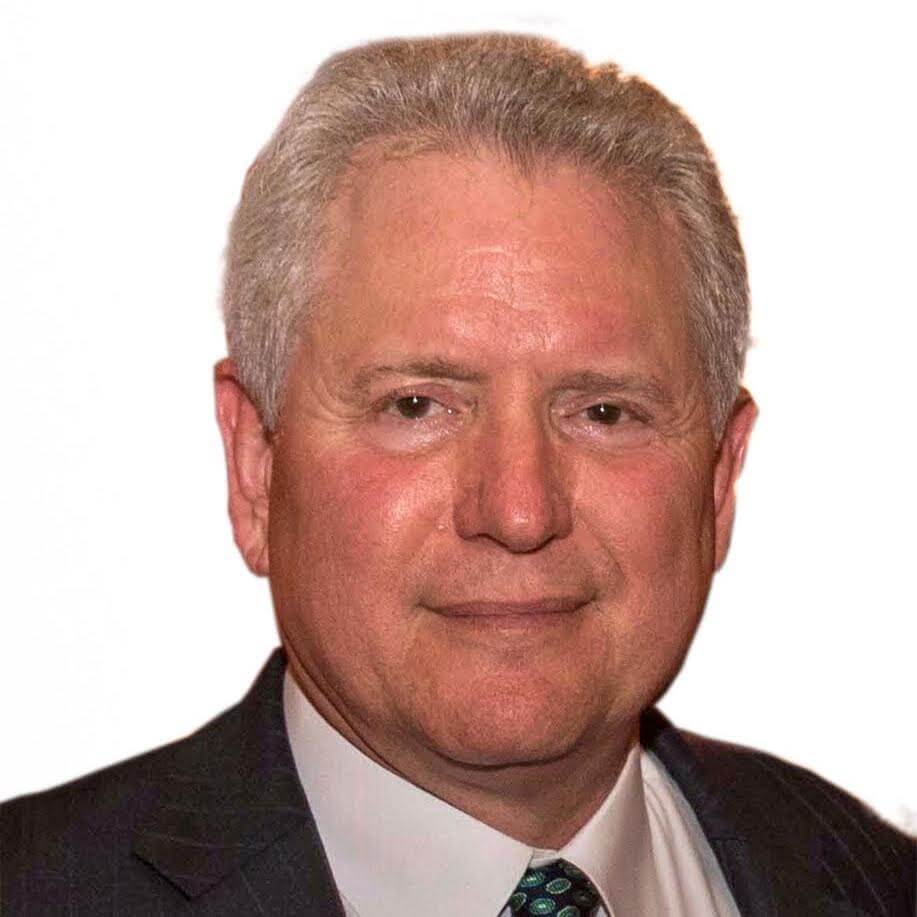 Dean Cash is Chairman and CEO of ATEL Capital Group, a San Francisco based international financial services company, founded in 1977. He graduated with a bachelor’s degree in Psychology and Math followed by an MBA from Florida State University. Mr. Cash began his career in 1975 as a systems engineer with Electronic Data Systems (EDS). He then worked for General Electric Corporation in the medical systems division installing computerized patient record systems around North America.

He joined ATEL in 1981 as Director of Marketing, became Executive Vice President and Chief Operating Officer in 1983, and a Director in 1984. In 2000 he purchased a majority interest in ATEL and became its Chairman and CEO.

Mr. Cash is active within the non-profit community and serves on the Board of Governors of the San Francisco Symphony as well as the board of The Florida State University Foundation. He and his wife Eliza established the ATEL Foundation, a private philanthropic organization dedicated to providing funding to organizations that seek to better the lives of citizens in their respective communities.

He has lived in San Francisco since 1977. Married to Eliza in 1985, they have two sons – Max and Sam who work with their father at ATEL Capital Group, both are graduates of the University of Southern California. 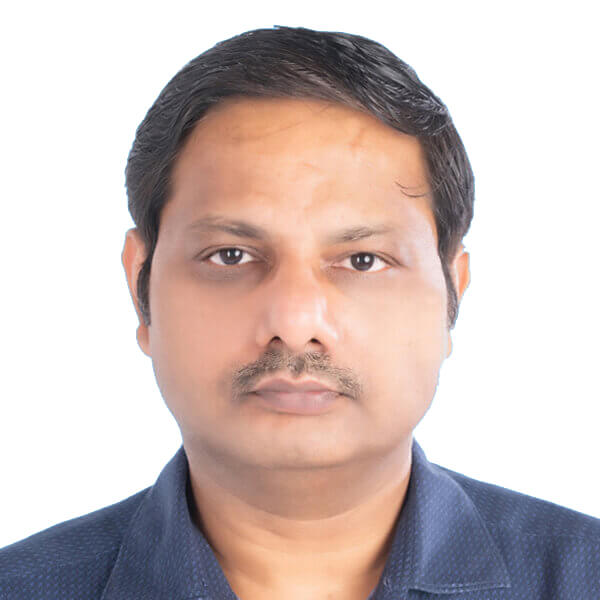 Mr. Vinod Jadhav is Chairman of SAVA Healthcare Limited and Devtech M2M Limited. He founded SAVA Group (www.savaglobal.com) in 2003. It has grown to be a full-fledged pharmaceutical organization with facets like Contract Research and Manufacturing (CRAM), Domestic and International Marketing, Veterinary drug marketing and herbal extract manufacturing with 2 GMP compliant manufacturing units in India and presence in 30+ countries through network of associates and own marketing offices. 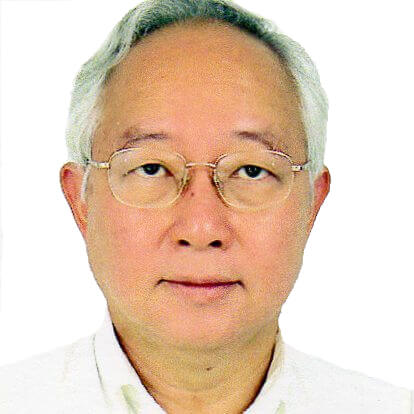 Member, Board of Directors and CFO - Bactoclear Holdings Pte. Ltd

Member, Board of Directors and CFO - Bactoclear Holdings Pte. Ltd

Mr. Leow has had 40 years of experience as a corporate lawyer in New York and Singapore, and as an investment banker and financial adviser in Southeast Asia.